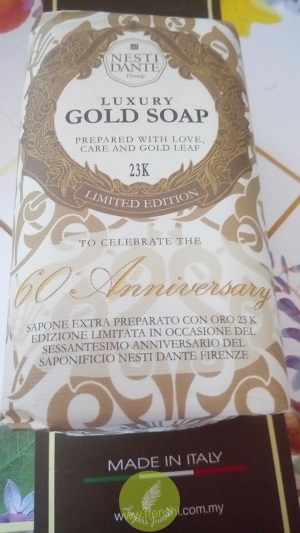 The first Nesti Dante soap I used from the box sent to me lasted well over a month but I knew it would because of the larger than the average soap size. It really feels heavy and bulky so despite the higher than the average soap price, it’s worth it for the size and quality. The second Nesti Dante soap I am using is the Gold 60th Anniversary soap. 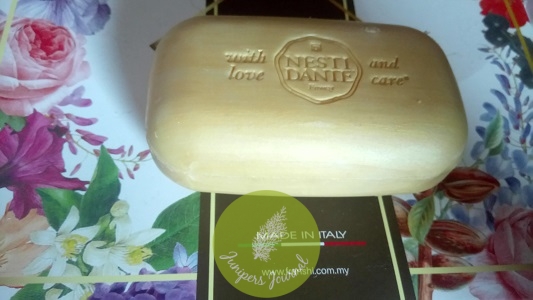 This soap celebrates the sixtieth anniversary since the founder of Nesti Dante prepared his first cauldron in France. This is a beautiful soap with equally stunning paper wrapper. 23 carat gold leaf is used to manufacture this luxurious soap. Recent biological studies have scientifically tested the mineral in terms of efficacy on cellular regeneration and protection against free radicals, highlighting its antioxidant powers. The soap is further enhanced by the note of Noble Iris, the flower and symbol of Florence. This is a limited edition soap available on www.frenshi.com.my 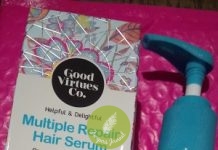 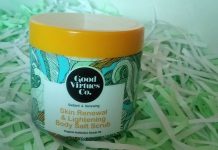 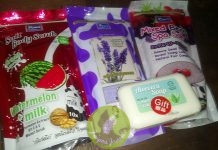