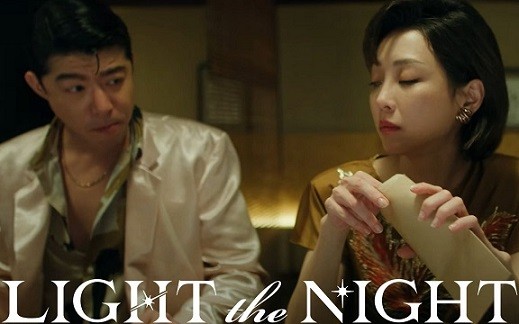 Ever since I finished watching the first season of Taiwanese murder mustery drama “Light The Night”, I have been waiting for Season 2 which aired just a few days ago. I watched all 8 episodes over 2 days. In this Season 2, there are numerous flashbacks including the start of the long friendship between Luo Yu Nong (Rose) and Su Qing Yi (Sue).

As teenagers, both Mamasans of Light Nightclub, were neighbours and classmates. Sue’s mother was shacking up with a man who forced himself on her resulting in the birth of Tze Wei whom Rose adopted as Rose was married at that time. Rose is now prime suspect of Sue’s murder, she is even suspected of being the murderer by her colleagues at Light.

Prior to her death, Sue informed Rose that she has transferred her shares in Light to the other ladies working at Light. Sue is about to depart for Japan, ostensibly to marry Nakamura-san, loyal patron of Light for years. However, Sue’s actions don’t show that she is enthusiastic about marrying as she nonchalantly gives away her expensive engagement ring to Ah-Chi, one of the ladies working at Light.

Ruby Lin who plays Rose has police officer, Pan Wen Cheng investigating her although he does question the other ladies at Light. One night as Rose is returning to her home, she is attacked by Ma Tien Yue (played by her real-life husband Wallace Huo) on the stairs and she runs straight into Pan Wen Cheng at the front door.

Ma Tien Yue thinks Rose killed Sue who somehow saved him although we don’t as yet know under what circumstances. Ma Tien Yue is a triad leader. He was still in jail when Sue visited him and told him she was going to Japan. She asked him for a favour, which is to report Rose for harbouring drugs. At this point, we know Sue is setting up Rose even though they seem to be best friends.

Actually, some of the ladies at Light may have had a motive for killing Sue. Sue’s mother has emerged, revealing the true identity of Tze Wei to her former lover. Then there’s the rival club owner opposite Light. The new club is called Sugar and the owner is a cross-dressing mamasan who really does behave like a madam.

Chiang Han who has dated both Rose and then Sue, was one of the suspects of Sue’s murder but as we get to the last episode, we know for certain he isn’t responsible for her death. Rose returns his tape recorder and when he plays the tape, he hears a woman’s panicky voice about a dead woman.

On a rainy night, he makes an appointment to meet with Rose but before he can do so, he is hit by a speeding car. This has to be the real murderer? We will have to wait till Season 3 to find out. 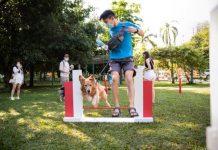 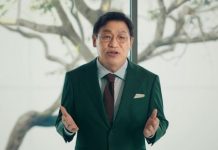