YB Datuk Zahidi Bin Zainul Abidin, Deputy Minister of Communications and Multimedia (K-KOMM) embraces Malaysia’s historical milestone with the launch of – THE LORD MUSANG KING, a Malay crime action film co-produced with South Korea for the first time ever. The film brings together the best budding actors and talents from Korea and Malaysia to piece together an action-packed film with a mind-blowing storyline that captivates the audience with a unique mix of cultures.

Ong Peng Chu, commented, “We bring together the best of Malaysia and Korea as we believe the collaboration between the two will most definitely bring out a unique spark and make for a highly-anticipated film. After two years of preparation and planning, ‘THE LORD MUSANG KING’ will finally start its month-long shooting in the heart of Kuala Lumpur beginning 11 August 2022.”

The film follows the story of Haikal, the son of the most successful fruit farmer in the city of Masalia, who has been framed and imprisoned. In order to save his son, the farmer named Samad, struck a deal with Cheon Jin, the president of the Cheon Ha International Trading Group in Korea, promising to buy over his company in exchange for his help to get Haikal out of prison. Samad ended up being killed by the Korean tycoon at the point of securing the deal.

Soon after, Haikal was informed that his father had passed; though the reports show that the cause of death was suicide, he decides to dig deeper into the case by escaping prison to find out the truth about his father’s death. Eventually, Haikal would come to cooperate with the local police to clear his name and bring justice to his father’s death.

The director of THE LORD MUSANG KING has taken steps to ensure that the audience will be captivated by the action-packed martial art scenes in the film by equipping the actors with nearly 12 hours of intensive action training daily. This is especially important to capture a natural and realistic performance in the fist-to-flesh martial arts scenes.

THE LORD MUSANG KING will be released in mid-2023; check out behind-the-scenes shots on TikTok: The Lord_Musang King. 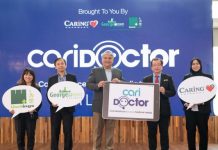 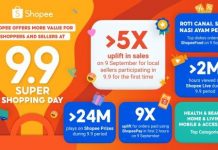 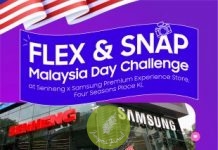