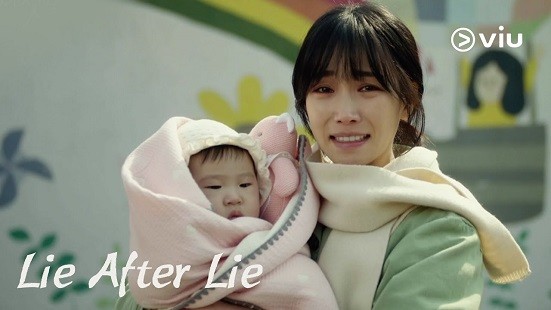 I know I said a lot of stuff didn’t make sense in Korean drama “Lie After Lie” or is it Lies Of Lies” but I am addicted to it as I really want to see what the ending is. So far protagonist and ex-jailbird Ji Eun Soo has been successful in pursuing the adopted father of her biological daughter, still unsuspecting Kang Ji Min. Meanwhile, there are 2 love triangles going on with both these people being the objects of affection of different people.

Kang Ji Min has an ex-wife, Eun Se Mi who is the agent of pro golfer Kim Yeon Joon. Kim Yeon Joon and Ji Eun Soo knew each other in childhood and Kim Yeon Joon has had a crush on her ever since even though she is a lot older than him. I wonder how a famous pro golfer would take the trouble to trace her down after so many years and think himself in love with her. She’d be more like a big sister to him than a life partner. Eun Se Mi is hell-bent on getting Kang Ji Min back even though she had an affair which more or less destroyed their marriage.

In the beginning, Ji Eun Soo just wanted to hitch up with Kang Ji Min so that she could be her child’s stepmother but now she has genuine feelings for him as he’s just such a nice guy and it’s suddenly dawning on him that Ji Eun Soo would be the ideal stepmother for his daughter. Ji Eun Soo’s ex-mother-in-law, the powerful head of D.O. Cosmetics, Kim Ho Ran has discovered that her granddaughter (Ji Eun Soo’s child) that she ordered killed 10 years ago is still alive as her secretary then defied her order and instead placed the baby in an orphanage for adoption.

Cliffhanger at episode 8 : Kang Ji Min receives a photo of Ji Eun Soo in prison clothes holding her baby so I guess he’ll finally discover her true identity. Can’t understand how he couldn’t have figured it out much earlier when he was actually on her case a decade ago and there is such a thing called “Google” which you use when you want to find out if the person you intend to date has any dirty secrets! After all she hasn’t changed her name and surely he can’t have forgotten about her since he went to her prison so many times to try and interview her. 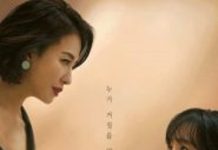 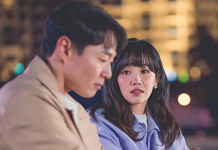