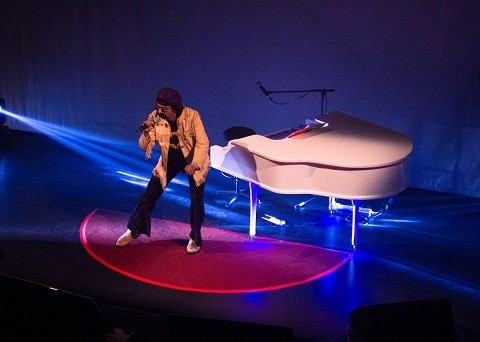 The first time I watched Allan Perera perform was a few years ago when he was the opening act for the Air Supply concert. I thought he was more entertaining than Air Supply, sorry Air Supply fans but I have my limit when it comes to super-mushy songs and especially Air Supply songs. I didn’t even stay till the end of the first half but I thoroughly enjoyed Allan Perera’s brief performance and when I noted Allan Perera Malaysia’s Got No Shame was at PJ Live Arts @ Jaya One from last Friday till this Sunday, I quickly booked my ticket. I was seated right in front on Sunday night.

Allan Perera comes out in a vivid, bright-as-can-be-so-you-can-spot-him-from-a-mile-away orange suit with some sequins but not so much that is puke-inducing and right from the get-go, the audience erupted into giggles. The lady seated to my right has a much funnier bone than me as I could often hear her rapturous laughter. I don’t have to tell you what the comedy is all about since the title of the show says it all. Yes there are plenty of songs which poke fun at Malaysia’s greatest scandal of all time and its alleged perpetrators (alleged what, they haven’t been found guilty yet after all).

While the parodied songs were somewhat rib-tickling (one nice touch is that the parodied lyrics are shown on the screen so we can see exactly what is sung), I feel that the best part of the first half was when Allan came out as his alter egos, the Bluesman and Rukumani Jones A/P Thomas Thomas that really made my eyes water. His performance as Rukumani was fantastic because she superbly detailed how men are when they have been married for a long time, giving monosyllabic replies and refusing to hold their other half’s hand. Don’t play-play with Rukumani (she gives new definition to the term ‘maneater’) as she will chew your head off (only if you are a man!).

After a 20 minute interval, the second half featured the Giggle Tribute Band. The first half was about 75 minutes long while the second half roughly 45 minutes. I thought the first half was supposed to be shorter than the second half as stated on their website, not that it matters. Also, I thought there would be 80s and 90s music from the Giggle Tribute Band but there was only music from the 60s and 70s, mainly Abba and Beatles songs. The bass and guitar player who are from the Portugese Settlement in Melaka were in their element, they are excellent.

Overall, I would say the show is very much worth the money paid as you get hours of comedy and music. Much better than sitting at home listening to the radio or watching tv. If there is one thing Allan does very well, it’s accents, whether it’s British, Malay, Chinese or Indian. The venue is good although the seats weren’t that comfortable. Small and intimate venues are the best kind of venue for a comedy act. Catch the show with a friend or two, it’s a lot more fun that way.

All photos are courtesy of www.giggle.com.my. Get your tickets there as they are selling out faster than hot cakes! 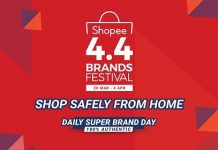