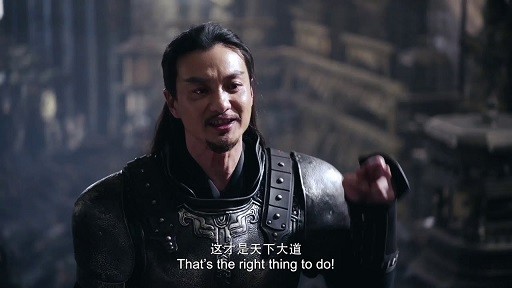 There was quite a lot going on in The Rebel Princess episode 52 where the King of Cheng was dying from being hit by a poison arrow. Despite being attacked in a far away forest, the lingering King made it back to the palace and managed to sign a decree to appoint his baby son Prince Jing as the next King and for the Queen to take her own life and be buried with him. He’s instructed Awu (Zhang Zi Yi) to trust no one in the palace, including his own mother, the Dowager Queen. He tells Awu to take his baby son out of the palace as he knows his son will be in danger as long as he is in the palace.

Episode 53 begins with Awu’s escape from the palace using the Queen’s token which was hidden in the baby’s swaddling. She decides to go north to look for her husband, General Xiao Qi who (unknown to her) has been brutally attacked by the Cheng soldiers but is being nursed back to health in some village.

Awu’s maid, the traitorous and lovelorn Su Jin Er is in the carriage with her and working for the 3rd Prince as well as the Hulan side. She leaves markers on the way so that the Hulan people can track them down. The Hulan Prince Helan Zhen wants to kidnap Awu as he is quite besotted with her. While stopping to rest the horses, Su Jin Er drugs the water with a sleeping potion and hands the gourds to the only bodyguard, Pang Gui and Awu. In no time at all, the Hulans have caught up with them and Awu is kidnapped once again. 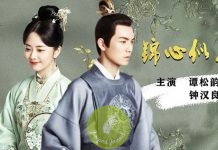