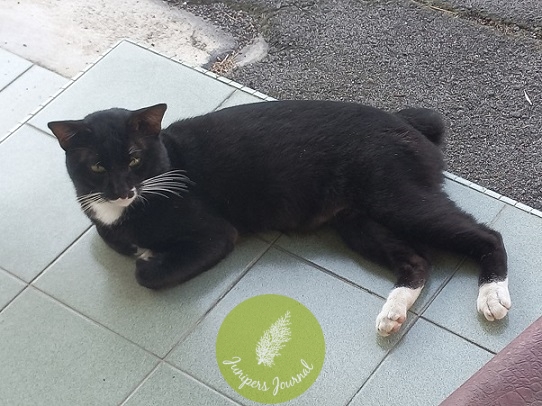 Cats are very enigmatic creatures. Every time one lands on my doorstep, I wonder what their history is, were they abandoned, how did they end up on my street, how old are they, where else do they hang pit other than at my house, what did they eat before I started feeding them, etc.

The stately black cat with the white tuft of hair on his chest which makes him look as if he is in a tuxedo and whom I call Felix was an extremely shy fellow on his initial visits. He wouldn’t even come near when offered food. He would just watch my female cat eating from a safe distance. I could tell this one would be a difficult one to be friends with.

Eventually the lure of food made him come nearer but he is still very skittish. When I open the door first thing in the morning, he will be ooutside waiting expectantly. Sometimes I get a meow of hello which is nice. Then he will come nearer but there’s still no way he will allow me to touch him.  I have tried and he uses his paw to swipe at my attempt.  I did try touching him when he was concentrated on eating but at the slightest touch, he jumps away.

He looks quite fierce and scary but I think he is a sweet cat who hopefully becomes more approachable in time. He gets along okay with my female cat and every morning they greet each other by touching noses, looks like they are kissing actually. My male cat though is absolutely terrified of him and has had previous altercations with him so that adds to my male cat’s PTSD.

Every morning, I do look forward to seeing Felix and hearing his greeting. There are days (albeit rare) when I don’t see him all day and that worries me a bit. It’s a relief when I see him again. This cat is beginning to grow on me even though my male cat refuses to go out when this one is around. Felix isn’t exactly the cuddly kind of cat, he might never be but I like him more every day all the same. 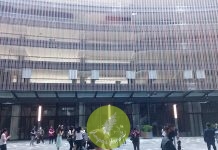 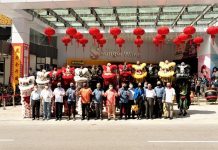 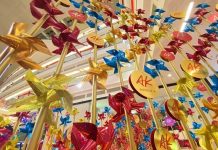