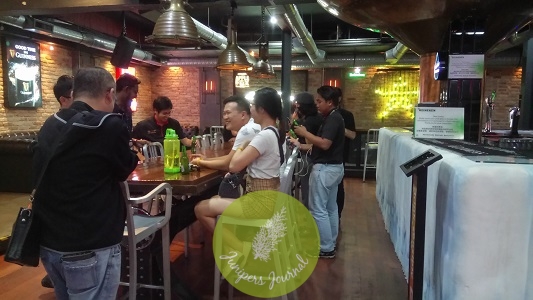 Last week, I signed up for a Heineken Brewery Tour, it’s complimentary but the tour is only held on Tuesday & Thursday morning & afternoon sessions are available. Visitors can look forward to experiencing the sights, sounds and smell of beer in the making at Heineken’s brew house and packaging hall; and at the end of the tour, sample the refreshing taste of their brews. The tour is about 1 hour long.

After registering with security, one of the security staff will bring guests of the factory tour to The Tavern which is a spacious pub, all the Heineken brands are available for tasting there after the tour. We were warmly greeted by Customer Service Assistant, Malar who had responded to my request for the factory tour. I joined a group of very enthusiastic people who were from an investment company.

Before Malar began her presentation, she served Heineken 00 to everyone. Heineken 00 is the non-alcoholic malt beverage with refreshing fruity notes and a soft malty body. Brewed with 100% natural ingredients and Heineken®’s unique A-yeast, the alcohol is then gently removed and blended for a perfectly balanced taste. Heineken 00 can be enjoyed any time of day, even when you are the designated driver.

Heineken made its presence in Malaysia in 1964 and is the second largest brewer in the world by revenue. Anheuser-Busch InBev is the takes the No. 1 spot. Heineken is more than 150 years old and was founded by Gerard Adriaan Heineken (1841-1893) when he was just 22 years old. The 5 effective business principles of Gerard are still highly relevant in today’s business world. Check them out here.

The two main types of stouts are ales (e.g. Guinness) and lagers (e.g. Heineken, Tiger). The difference is in the fermentation process. Ale is a top-fermented beer, meaning the yeast used in the fermentation process floats to the top first during fermentation, then eventually sinks to the bottom to ferment the entire container. Top-fermenting yeast also has a higher alcohol tolerance, meaning the beer produced has a higher alcohol content. Top-fermenting yeast is the most common and it has been used in fermenting alcohol dating all the way back to Babylonian times.

The temperature at which the alcohol is fermented is also a major difference between ales and lagers. Ales are fermented at a slightly higher temperature. Because of the fermentation method, they typically have a sweeter, full-bodied taste. In other words, ales require warm temperature water while lagers require cold temperature water.

Many would be surprised that beer is made from just 4 different ingredients which consist of 3 natural ingredients and water. 95% of beer consists of water. Barley gives colour to beer, hops gives beer its bitterness and yeast gives it flavour. It’s as simple as that but I would have guessed beer had more than 4 ingredients (wrong!).

During the factory tour, we were prohibited from taking photos inside the factory but got to see the machinery which crushes the barley, the process is known as milling. We got to see a 6 roller pin which is only used in big breweries.

We also got to see how the bottles are washed before the packaging process. At Heineken, bottles are recycled twice (they are collected from Heineken’s dealers) and are rejected if they have been used twice before. It was very interesting to have a look at how the bottles are prepared and filled, ready to be sealed into boxes for delivery.

When we were guided back to The Tavern, we got to sample more Heineken brands such as Guinness, Tiger Crystal and Apple Fox (my favourite!). I love that the well spoken and experienced Malar has such passion for her job, the same kind of earnest passion that spurred the Heineken founder to make the brand as successful as it is today. I can tell from Malar’s engagement and rapport with the guests just how passionate she is about the brand she represents.

Many thanks to Malar and Heineken for an enlightening experience. I came back with a lot more knowledge about Heineken than before. I highly recommend this tour for anyone who has an interest in beer. It’s not just about Heineken itself but you will also learn about the origins/history/provenance of beer. 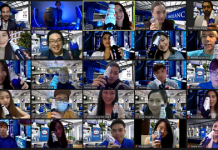 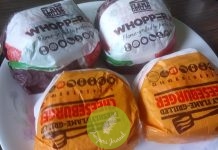