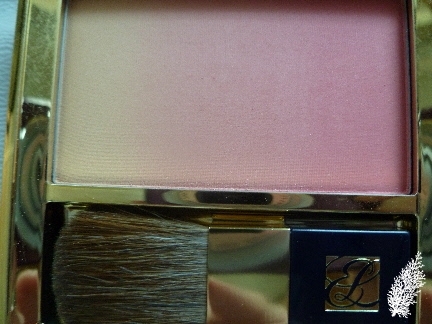 Out of all the blushers in Estee Lauder’s current makeup collection, Peach Nuance was my favourite because of the gradational peach to yellow shades. Looking at the tester, I could see that the yellow shade on the extreme left (it doesn’t really show up on my new blush) would become more apparent as the blush hit the pan.

This is a finely milled blush but it has excellent colour pay-off. I only swirled my brush on the blush once to get the colour to show up as per the pic below. It gives a natural flush which imparts a healthy look. Even if I don’t look years younger, I feel years younger when I have this blush on. 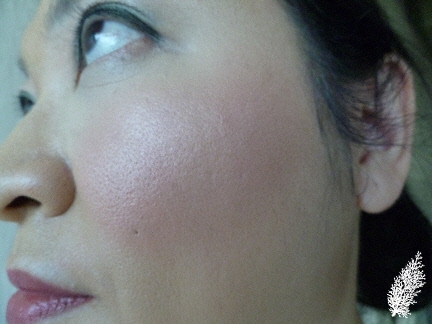 Another reason for liking this blush is that it complements any eye makeup well. In fact, I like it even more than my Shu Uemura Peach 47 Blush. Peach Nuance gives a very soft, feminine look and is great as an everyday blush.

It’s perfect for people who don’t like too much shimmer in their blush yet there is definitely a glow. I bought this blush without trying it on my cheeks first and I have no regrets because it’s as beautiful as I expected it to be. There is some shimmer but it is so subtle. 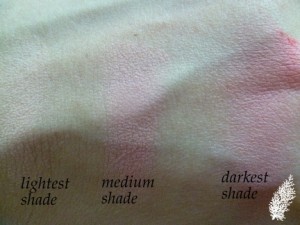 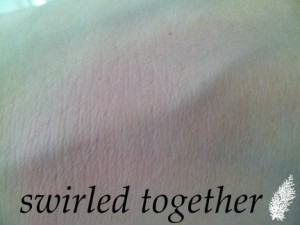 As for the brush included in the palette, it’s the standard kind of brush which you get in not just Estee Lauder blushers but other brands’ blushers. It doesn’t give an even application and I prefer to use my own blush brush. I am not a fan of brushes included in any palettes. Perhaps they can be used for touch-ups but most of the time, brushes in my palettes have remained pristine.

Surprisingly, I could not find Peach Nuance on Estee Lauder’s official website. The only Nuance I could see was Plum Nuance. I hope that doesn’t mean that Peach Nuance is about to be discontinued or perhaps even (horror of horrors!) discontinued in the USA?

I’m sure I am not the only one who loves Peach Nuance as I’ve been informed by several Estee Lauder Beauty Advisors that it is their bestselling blusher. I’m not sure if it’ll show up on darker skin tones but it’s very flattering on fair skin tones like mine.