It’s the Year Of The Dog and for all of us dog owners out there, a special reason for treating our furry friends even better this year. Most dog owners I know pamper their dogs even more than me. Nowadays, there are a lot more places we can take our dogs for “together” moments as there are dog cafes and spas. Definitely a lot more places than just a few years ago. As a dog owner for more than a decade, I never thought I’d grow to like cats as much as dogs but that all changed a few months ago.

Some time in the middle of last year, I noticed a mothercat and her kittens in the unoccupied house next door. There were 3 tiny kittens and they were awfully shy as they’d run for cover underneath my neighbour’s gardening paraphernalia whenever they heard my footsteps so in order to look at them, I had to be as stealthy and quiet as a Ninja. One look at me and off they’d go, seeking shelter underneath whatever provided cover. The only time they remained still was when they were nursing and even then, I took care not to startle them.

As they grew, I thought I would throw some cat kibbles towards them and see whether they would eat them. Indeed they were hungry for some proper food. Mothercat also needed nutritious food, otherwise how could she take care of the little ones? She was a most attentive mother.

One day, Mothercat came over to my house with one of the little ones. Mothercat was of course wary of me and hissed. I’d say she was very feral initially. The kitten looked at me with curious eyes and ran away next door, her safe haven. After a while of feeding Mothercat and her kittens by throwing kibbles next door, they trooped over and grew less wary of me. They were most approachable when they were hungry. When they were not so hungry, they would be shy and run away. The cat family stayed around longer when they realised they were welcome to stay as long as they liked. I’d never had cats around and it was quite fun to watch them play.

A few weeks and months passed until November when I spotted a little grey kitten by the guardhouse. Another stray! I went for a closer look and the guard informed me that the kitten had suddenly appeared. Since I was already feeding the cat family, another one didn’t make any difference.

Now I was really hypnotised by this little grey kitty’s green eyes, they were mesmerising and almost hypnotic. They made me want to get the best cat food for her and obey her every command. She had me around her tiny paw. I loved hearing her meow and purr when I massaged her (initially I was apprehensive of touching cats but Munchkin is irresistible). I decided to name her Munchkin since she was rather small when I first saw her but after a few months of TLC, she has grown quite chubby. She can really eat, her appetite is insatiable.

The past 8 months have taught me a lot about cats and how different they are from dogs. I’d say they aren’t as affectionate but that isn’t always true. They do like company, just not all the time. They can be aloof and indifferent. They are smart, cute, have loads of attitude, love to jump on chairs and tables, laze around a lot, are most hungry early in the morning, more effective than cockerels in waking you up. I could go on and on, I am still discovering much about cats. I like having them around as they make me happy when I see them. 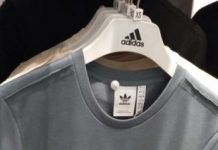 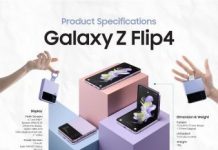 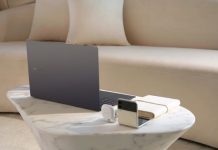