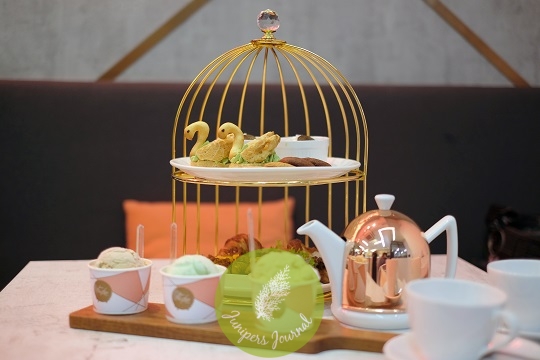 The unlimited, eat-all-you-can ice cream ‘buffet’ will be held every Thursday in July and August, and is priced at RM35 per person. Diners will be able to sample all their popular ice cream flavours including the award-winning Musang King Durian ice cream, local inspirations such as Kaya Toast ice cream and Sirap Bandung ice cream, as well as such perennial crowd favourites as the Weiss Dark Chocolate ice cream and TWG Earl Grey ice cream.

The buffet also includes premium sandwiches from sister company Loaf U and Belgian waffles, so come empty stomached. Louis Looi, operations manager of Frozen said, “when we introduced the ice cream buffet last year during our first anniversary, all tickets were sold out within days of being put on sale. That’s why this year we are increasing our capacity to allow more customers to try our various ice cream delights at this once-a-year price”.

For a modern twist to the traditional high tea set, visit Frozen Bangsar and indulge in the all-new ‘Journey for Two’ High Tea Set. ‘Journey for Two’ celebrates friendships, with a choice ensemble of cold and hot hors d’oeuvres, sweet and savoury pastries, a flight of Frozen famous ice cream, and a pot of premium TWG tea.

“This is probably the world’s first high-tea with a choice sampling of ultra premium ice cream!”, says Looi. The ‘Journey for Two’ High Tea Set has an introductory price of RM69 for two, until end of August.

Media were invited to FROZEN Bangsar for a sneak preview of the ice cream buffet and high-tea set yesterday afternoon. We could choose whatever ice cream flavour we wanted and I loved the Japanese Neapolitan which consists of matcha, houjicha and black sesame. The croissants were lovely and so were the crunchy Belgian waffles smothered in chocolate sauce. Customers who choose the ice cream buffet can partake of all these offerings. There are 2 sessions every Thursday 30 July, 6 August and 13 August, i.e. 7-8.30pm and 8.45-10.15pm. The café can seat 45 patrons per session which is why I am sure tickets will be snapped up fast. If you go in a group of 4, the price is only RM105! That is a very unbelievable value-for-money price for such a nice buffet. 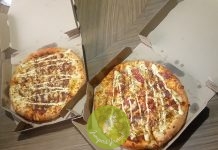 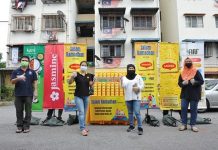 MAGGI® Cooks Up 130,000 Bowls Of Nutritious ‘Bubur Lambuk’ For Frontline Heroes And Communities In Need

Berbuka Safely At Home With Nasi Kandar Pelita And ShopeePay

If You’re At One Of These Supermarkets Use ShopeePay For Contactless Payment And To...