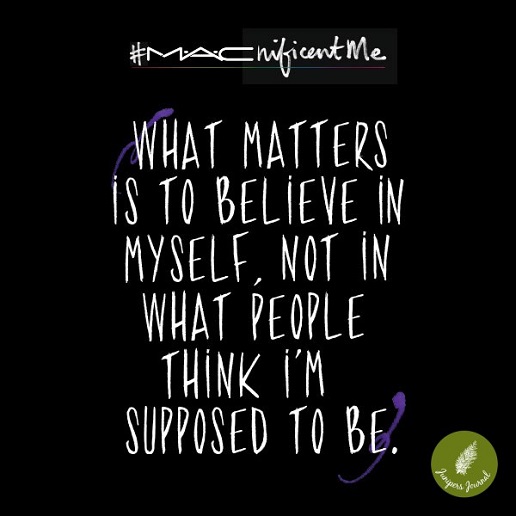 I’ve never considered myself as having much luck in contests especially where I have to submit a photo of myself which is why I have never entered a contest which required a submission of my photo. I can write and be creative but I doubt I can pose my best naturally and at ease. Nevertheless, I am sure there are thousands of others without my hang-ups so this just might be a contest you would be interested in especially if you are a hard-core MAC fan.

MACnificent Me gives MAC fans and consumers an opportunity to become one of the six faces of MAC 2015 Fall colour collection.  This year’s contest will be open to residents of the following international markets: US, Canada, United Kingdom, France, Italy, Germany, Spain, Australia, Japan, Korea, Thailand, Malaysia and Mexico. What are the odds of someone from Malaysia being chosen? Now that would be something to be really proud of given the number of expected participants.

Fans are invited to submit a photo and a mantra that speaks to the “Style, Heart, and Soul” of the contestant, along with a 100-word essay. (In English or any local languages) The contest will run on a microsite (www.MACnificentme.com<http://www.MACnificentme.com>) from now through December 12, 2014. Six winners will be flown to New York City in February 2015 for the photoshoot. How exciting is that? The winners will surely get to meet MAC’s head honchos.

Winners and their final looks will be revealed in October 2015 to coincide with the launch of the MACnificent Me collection.  The campaign will be promoted throughout with social media and advertising support.

What would your mantra be, I wonder? If I had a mantra, it’d probably be along the lines of “Sometimes I do get concerned about what others think of me, about what I do or don’t do but at the end of the day, I am comfortable and happy being the way I am and not changing myself just because others expect me to conform”.