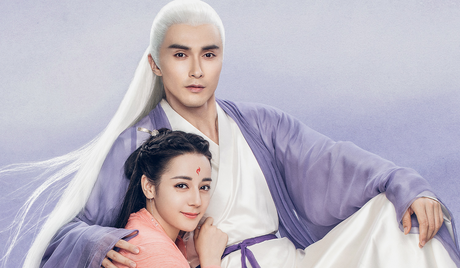 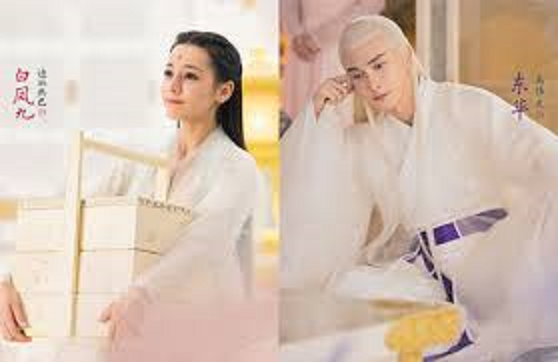 By the time I found out that Eternal Love Of Dream starring Dilraba Dilmurat and Gao Weiguang was available online, there were already 8 episodes so I started binge-watching. This drama is the sequel to Eternal Love which aired in 2017, I also watched that. Eternal Love Of Dream takes place 2000 years after Eternal Love. What I don’t understand is why everyone doesn’t age. I mean Dilraba is the same age as when she was in Eternal Love and so is everyone else including her grandfather, uncle etc.

Eternal Love Of Dream is about the love story between Bai Fengjiu of the Fox Clan, Queen of Qingqiu and Dong Hua, the first Heavenly Emperor of the Heaven Clan. Bai Fengjiu is the only known nine-tailed red fox in the world. From the first episode onwards, I found her character too lovesick and giddy, it’s like she hasn’t matured in 2000 years. Dong Hua on the other hand has an inscrutable, poker face and he rarely shows any emotions. Female demons throw themselves at him only to be thrown out his door.

With the help of Si Ming, a deity in charge of mankind’s fate, Bai Fengjiu goes to Tai Chen Palace, the heavenly abode of Dong Hua to repay her debt as Dong Hua has saved her from the demon world. I can see where this drama is going. Dong Hua and Bai Fengjiu will go through many trials and tribulations to be together. There are going to be lots of people out to sabotage their relationship and the icy faced Dong Hua will finally fall in love after guarding his affections for hundreds of thousands of years. 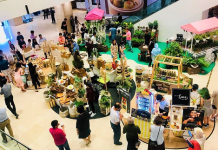 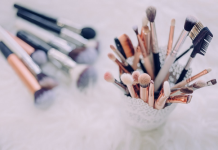 The Golden Rules Of Getting Glammed Up 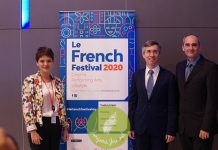