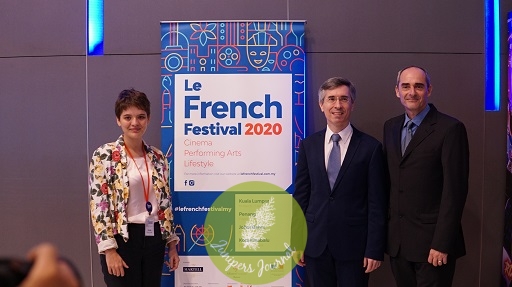 The French Festival is back again, as Malaysia’s highly-anticipated and largest annual French event returns with its 19th edition of Le French Festival (LFF)! From 19 March – 26 April, LFF is set to bring Malaysians on a journey of delight in all things French including French cinema screenings, art exhibitions, music and theatre performances, gastronomy and more.

Since its inception in 2001, LFF has progressively evolved to be the main connection of cultural exchange between France and Malaysia while successfully establishing its roots in four major cities, reaching over tens of thousands of spectators: Kuala Lumpur, Penang, Johor Bahru and Kota Kinabalu.

This edition will be proudly presented by Martell as a longstanding collaborator and partner of Le French Festival – pulling together a festival for everyone from all walks of life including families and children, French enthusiasts, movie buffs, and foodies among others.

Not only will there be a variety of programmes and activities to be enjoyed by all in regards to the French life, but organisers Alliance Française (AF) together with the Embassy of France in Malaysia invited an internationally-acclaimed rockstar, Manu Chao. He will perform in an acoustic formation from his album Sibérie m’était contée, a family-friendly show in French and Spanish, as part of his South East Asian tour.

LFF 2020 will also be graced by distinguished Malaysian celebrity chef Anis Nabilah, who will be the esteemed guest and the ‘Friend of the Festival’ for her continuous support and interest in the French lifestyle. Its cuisine and culture have shaped the famous chef to how she sees and refine her culinary expertise.

“I’ve always felt connected to France because of my love and fascination for its cuisine. Malaysians and French share the same love for food, our food is part of our culture and we celebrate it, it brings me so much joy to celebrate French culture this year at Le French Festival here in Malaysia. I am honoured to be named the Friend of Le French Festival 2020,” said Anis.

Mr. Jacques Bounin, Director of Alliance Française Kuala Lumpur shared: “In this edition of Le French Festival, we are thrilled to bring everyone on a remarkable voyage like no other into the truest form of French arts – exploring music and time in a way that surpasses ones’ realm of imagination.

“Along with our collaborators, we are determined to bring the appreciation of all that the French culture has to offer to greater heights here in Malaysia through this festival. It will make you travel through its selection of 17 recent movies showing the diversity of French creation in all genres: from Norway to Kirghizstan, with stops along the way in Venice, Tunis and, of course, France.”

LFF 2020 will feature the most current trends and entertainment from France including:

Some other exciting highlights to look forward to at LFF 2020 include:

“This year, we want to tease the senses of our Malaysian friends. We want fellow Malaysians to immerse themselves in the French culture through the five senses: sights, sounds, taste, smell and touch.

“We are expanding on some of our activities here. For our Art de Vivre events we will be collaborating with a famous French perfumery, who will bring us on a fragrant journey of the exotic French smells we truly love, and this time for our French – Malaysian collaboration, we will be embarking on a more musical voyage that will reflect on a diverse range of style from classical to romantic, filled with a French touch for that eclectic scene,” said Ms Julie.

Festival enthusiasts can look forward to Le French Festival 2020 at the below cities and dates:

Le French Festival 2020 is made possible with the support of presenter Martell and French Film Festival partner Golden Screen Cinemas. 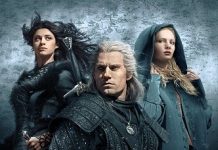