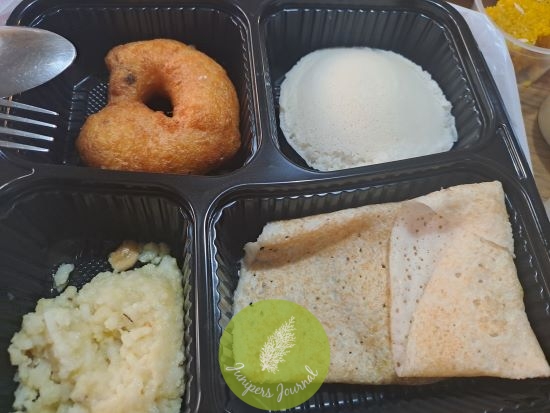 It isn’t often I get my meals via food delivery but I had vouchers that were about to expire on 31st December so a few days ago, I ordered 2 meals from Adyar Ananda Bhavan Brickfields via ShopeeFood. Food delivery charges are high. When I order froma restaurant less than 5 minutes away from my home, the delivery charge is already RM4 (used to be just RM2). Delivery charge for food from Brickfields is RM6.

My friend had talked about Adyar recently, she goes to their Masjid India outlet. That’s why I decided to place an order for their Mini Tiffin & South Indian Thali. After I placed my order, I got a call from Adyar, the caller spoke in Tamil and after he realised I can’t speak or understand a word, he spoke in English. He said they were out of rice and would I like briyani or mushroom fried rice. I chose briyani which turned out to be a mistake.

i’m not sure which is the Mini Tiffin and which is the South Thali Set. The chutneys that complement the idli and tosai are thick and delicious, some of the best chutneys I have ever tasted. The tosai was too soft for my liking but I can’t blame them as a crispy tosai would be difficult to store in that takeaway box. The idli was still warm and so tasty with the 3 chutneys.

The briyani was the worst of the lot though as it was unnecessarily over-the-top spicy. I have never had briyani as spicy as this and can’t understand why it had to be that hot. Forget about mixing the rice with the also spicy curries as the briyani on its own was impossible to consume as the spicy sensation was overwhelming. 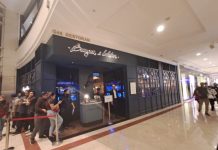 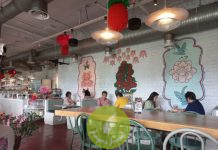 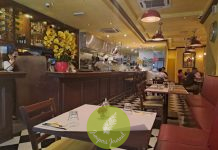