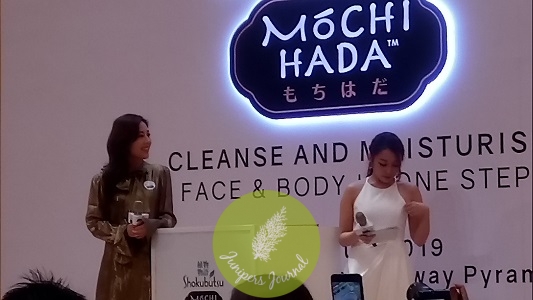 Holding on to its values derived from Japanese inspired philosophy, the creators of Shokubutsu shower products have just introduced the new and revolutionary Shokubutsu Mochi Hada Face & Body Shower Series which allows everyone to effectively cleanse and moisturise both their face and body, all in one simple step while in the shower. It is effective in removing impurities such as light makeup, dirt, sunscreen and pollution yet gentle on skin without removing moisture.

Staying true to the brand’s principles of using safe and natural ingredients, the secret to Shokubutsu Mochi Hada’s efficacy lies in the nature-inspired benefits of Tsubaki Oil, an essential part of Japanese beauty rituals and the beauty secrets of ancient Geisha; Rice Bran Oil, an anti-aging ingredient which helps firm and tighten skin while maintaining hydration; and Rice Ferment Extract, with rich minerals and essential amino acids that helps maintain skin’s hydration, texture, resilience and an overall healthy, supple appearance.

Shokubutsu Mochi Hada also launched the “#LoveYourFaceLoveYourBody” emochi campaign to remind women to stop neglecting the other 90% of their body skin, which deserves just as much tender loving care as their face. Women are invited to share a creative emochi picture of a smiley face using different parts of their body on socil media using the hashtag #LoveYourFaceLoveYourBody during August and September and stand to win a Mochi Hada Shower kit offered every Tuesday.

Priced from RM19.00, all three variants of the Shokubutsu Mochi Hada Face & Body Shower Series are available exclusively at Watsons Stores and Online Stores. They can also be found in other major retail supermarkets and e-commerce stores. The variants include the Shower Oil, Shower Lotion Glow Radiance and Shower Lotion Ultra Moisture. 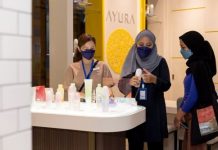 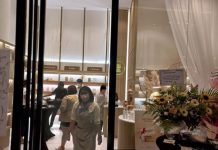 SK-II Releases New “Pitera™ & Me” Campaign: Made By Gen-Z, For The Gen-Z