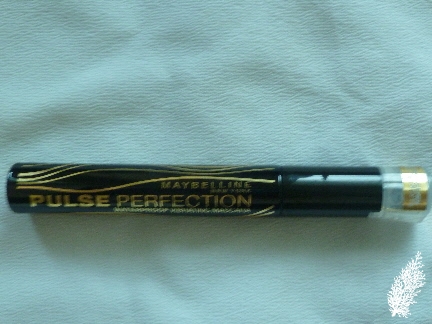 It was only a matter of time before there’d be a drugstore version of the vibrating mascara. Ever since Estee Lauder launched Turbolash which was quickly followed by Lancome’s Oscillation, many brands have followed suit with their own version.

Somehow, I was never one to rush to the counters to get my hands on a vibrating mascara although that’s not to say that I haven’t tried any before. With the Turbolash and Oscillation mascaras, there was no need to use an eyelash curler beforehand as the curling effect was adequately provided by the mascaras. 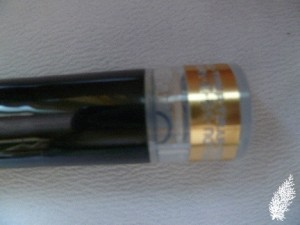 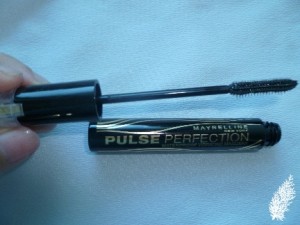 Before the mascara can be used, one has to first remove the plastic gold tab on the upper end of the mascara (see left pic above). The tab covers the plastic button which when pressed, activates the vibration. The vibration can be activated even when the wand is still inside. The wand itself is quite slim.

One of the special features of Pulse Perfection is that the brush vibrates horizontally which mimics women’s manual application. When the brush touched the base of my lashes, my eyelids felt slightly ticklish. It’s easy to use and the wand coats my eyelashes well enough with just a few strokes.

There was more of a lengthening effect than a volumising effect with the Pulse Perfection Mascara. It managed to give my lashes a lift, quite well curled without the use of an eyelash curler prior to application. The color was more intense than most other mascaras I’ve tried before and it didn’t clump my lashes.

My only issue with this mascara is that although it’s waterproof, it smudges on to my lower eye area. It’s not a mascara that I can wear for long hours. I’d wear it for short hours to minimise the smudging. Overall, it’s an interesting mascara because the vibrating mechanism does all the work for you.

Pulse Perfection is now available at all Watsons, Caring & Guardian pharmacies and Sasa outlets at RM59.90. It’s a limited edition mascara and I believe it should sell well as it’s half the price of vibrating mascaras of counter brands.

Note : Pulse Perfection was provided by PR for review purposes.

A Quick Guide To Alleviating The Burden Of Daily Clothing Care with Samsung’s New...

Safer & More Hygienic Raya Celebrations During Syawal For 24 NGOs In The Klang...