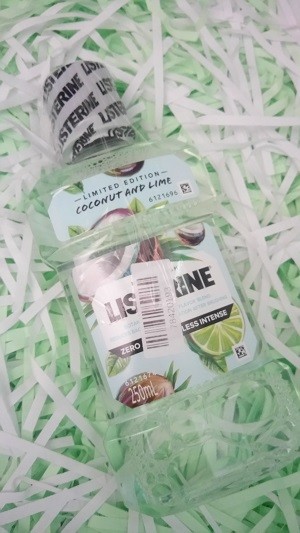 Listerine Coconut And Lime Mouthwash isn’t a variation I have seen at drugstores and supermarkets. It appears to be limited edition which is why I have only seen it on Shopee. I ordered this on Shopee Mart as I think it is an unusual flavour and because it said less intense with zero alcohol. My mouth needs more care as I want to avoid going to the dentist (getting rather expensive).

Actually I find it quite intense despite the zero alcohol content. I couldn’t keep it in for the recommended 30 seconds as it was stinging. After I spat it out, the smell was very nice and pleasant. It’s available in 250ml and 500ml bottles.