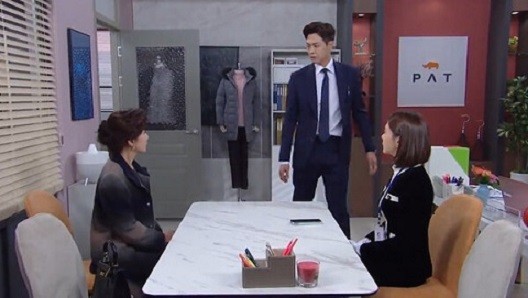 Just when I thought once Gracious Revenge reached its 100th episode, it would be over. It has been dragging on for months. It is so draggy because almost every episode has flashbacks of certain scenes. Rather unnecessary as it could have ended by the 60th episode or even earlier.

The three families in this drama are in such a tangled web. By now, Han Yoo-Jin (Jennis) and Koo Hae Joon already know who their birth parents are. Hae Joon had been switched to the Koo family while he was a baby in NICU while Jennis was kidnapped by Carry Jung and somehow taken to Toronto although this drama doesn’t explain how the kidnapper could have gotten forged papers to state that she was the mother of Jennis nor does it explain how she became fabulously rich in 30 years.

Jennis is understandably enraged when she discovers that the woman she thought of as he real mother for 30 years is actually her kidnapper. She takes revenge on Carry by trying to commit suicide by jumping into the sea while holding on to Hae Joon, Carry’s real son. There’s something really wrong with a person who also tries to kill another when they want to commit suicide. I am surprised the police didn’t arrest her for attempted homicide.

Although Jennis and Hae Joon survive, Jennis is diagnosed with liver disease and when her birth parents, Dr. Seo and Assemblyman Hong are not found to be a match for Jennis, Carry steps in to save the day. The kidnapper is a match and promptly donates her liver to Jennis. Jennis is not told that the donor is Carry otherwise she will reject the liver so she is informed that Dr. Seo is the donor.

When Jennis moves to her birth parents’ house, she is met with hostility by her younger sister, Se Ra who is deeply in love with Hae Joon. Jennis reconciles with Hae Joon who still loves her despite her trying to kill him. Hae Joon persuades her to move into his house but He Joon’s adopted mother, Cho Yoon Kyung is so angry with Jennis for trying to kill Hae Joon that Jennis has a tough time being accepted into the Koo household.

Carry discovers that she has only a year at most to love as her liver is not regenerating and she is in great pain. Still she runs away from the hospital rather than get treated as she doesn’t want to be a burden to Hae Joon and Jennis. Dr. Seo is unrepentant about switching the babies and refuses to apologise to Carry. Jennis tries her best to regain Cho Yoon Kyung’s favour by cleaning her house and submitting to whatever punishment her mother-in-law might mete out.

Although Carry has been cornered by Jennis, she tells Jennis that she never wants to see her again and that she will get treated as long as  Jennis gets accepted by Cho Yoon Kyung. I won’t say this is the best Korean drama I have ever watched, not by a long shot, but it is certainly the longest. I think I should have given up on this drama weeks ago but I really thought I would just endure it until Episode 100. Now I wonder how long more they will drag it out. 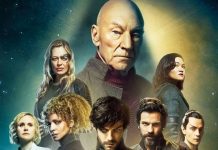 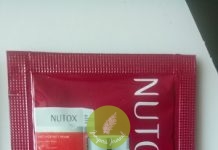