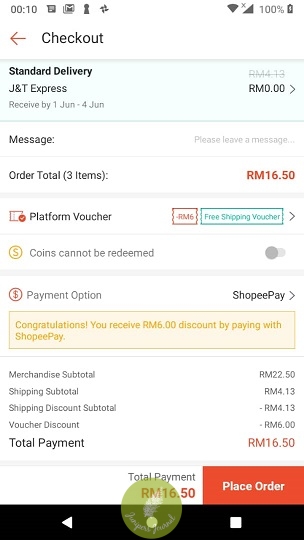 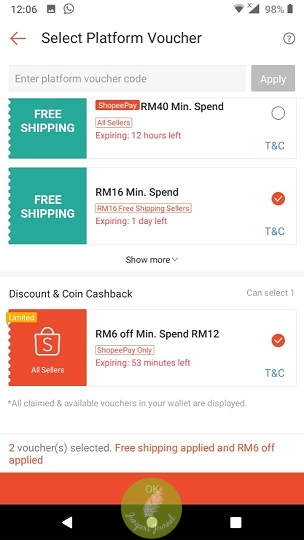 Earlier this week, I downloaded voucher on my Shopee app as they were giving RM16 minimum spend free shipping and RM6 off minimum spend RM12. The latter was a good deal as it’s 50% off if you spend RM12. The RM6 vouchers could only be used at specific times on 30/5 beginning midnight till 1am, noon till 1pm and 8pm till 9pm.

My products were already in the basket before midnight and I had topped up ShopeePay as the rebate would only apply if I used ShopeePay. Right after midnight, I applied the free shipping and RM6 vouchers and clicked on “Place Order” (there was even a message saying congratulations, I had received RM6 discount by paying with ShopeePay) but to my unpleasant surprise, a message then popped up saying the voucher had been fully redeemed. I tried a few times and got the same message until the voucher disappeared!

Second attempt at noon today, same thing happened. This time I clicked at exactly noon, it wasn’t even 12.01. Message came up again that my voucher had been fully redeemed. I wonder why bother to offer this rebate if it doesn’t work? Of course I didn’t proceed with the purchase. Why should I when I am actually entitled to the rebate but just because they have technical issues, I can’t get it? The seller loses out on the sale. I don’t think I will try for the 3rd time at 8pm tonight as I know with absolute certainty and conviction that my RM6 voucher will be rejected again at check out even thought the message says I receive the discount. 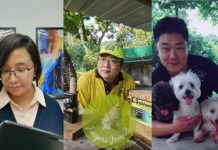 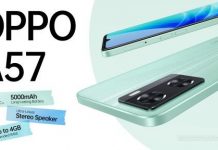 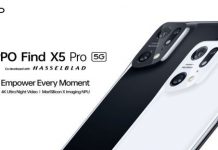