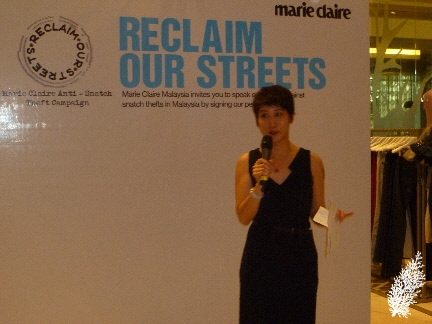 Just about every one of us knows someone who has been a victim of snatch theft in Malaysia or perhaps even been a victim to snatch theft at some time or another. I have friends and family who have experienced having their bags or purses snatched in broad daylight, some have suffered bruises and injuries as a result of being dragged along the road when they refused to let go of their bags. I might have reacted the same in similar circumstances as it’s a natural reaction to having been violated in such a way.
In the majority of cases, the snatch thieves are never apprehended, let along brought to justice for their misdeeds. Why do women have to be told not to carry their handbags when handbags are a necessity? Why do we feel safer on the streets of Singapore or Bangkok than KL? I remember feeling very safe and secure in Singapore during my last visit there and this was at night in quite a deserted area too.
Thanks to all the horror stories I have heard and read about over the years, I rarely carry a handbag when I am walking around KL streets. I don’t like having to look over my shoulder or shuddering if someone brushes against me in a crowded area. However, I shouldn’t have to feel this way, no woman should as we all should feel safe wherever we may be.
Recognising this, Marie Claire Malaysia has launched its “Reclaim Our Streets” Awareness Campaign in an effort to take a stance against snatch thefts in Malaysia, as well as to highlight the issues surrounding violent snatch thefts that deliberately target women.
The campaign will involve encouraging members of the public (men are especially encouraged to lend their support) to sign Marie Claire Malaysia’s anti-snatch theft petition from May 2011 to July 2011, after which Marie Claire Malaysia intends to submit the petition to the Home Ministry, complete with the signatures collected over those three months.
The petition will enable members of the public to express their concerns regarding snatch thefts – particularly the thefts that involve violence and seriously injure victims. It also places emphasis upon the right of women to carry their handbags without having to face the threat of being robbed, assaulted or traumatised.
Marie Claire Malaysia will also speak out against the misconception that women are partly responsible for snatch thefts because they carry handbags : this is not only unfair to the victims of snatch thefts, but it also overlooks the responsibilities of both the authorities and the community to take action against the perpetrators.
Members of the public can sign the petition at selected retail outlets in Pavilion, Starhill, 1 Utama, Bangsar Village II, The Gardens, Parkson KLCC & Pavilion, Tangs Pavilion & Empire Gallery Subang. Alternatively, those interested in participating can also access the petition online at here.
A petition drive will also take place on 28 May 2011 from 3pm-5pm at Fahrenheit 88, Jln Bukit Bintang. At the petition drive, celebrities and a radio cruiser will be there to create awareness and interact with the public about the campaign, as well as to collect signatures.
The first 200 to sign the petition at the venue will get an exclusive goodie bag from The Body Shop. 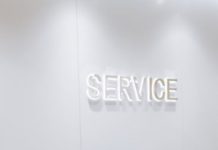 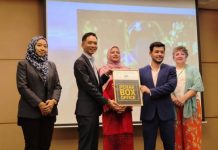 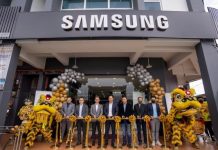