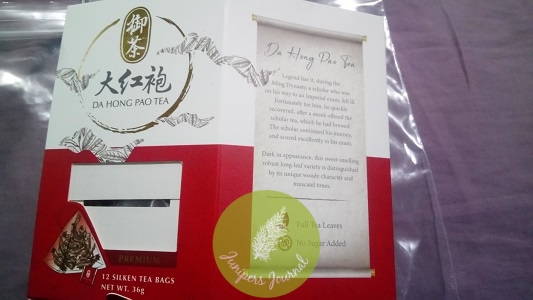 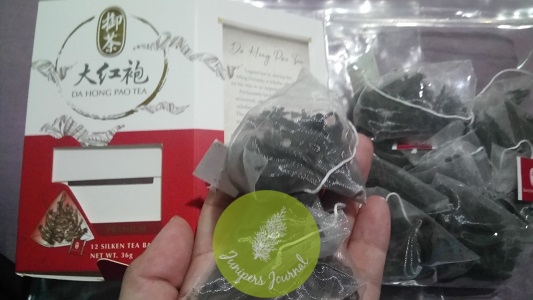 in need of some Chinese tea, I turned to Shopee of course and found Imperial Tea who sells silken tea bags. You can get them in a box of 12 or 24 tea bags, there are many varieties such as Pu Er. Chrysanthemum, Rose Black Tea, Da Hong Pao, Jiu Pu, Japanese Green Tea, Brown Rice Green Tea, Xiang Pian, Bi Luo Chun, Jasmine Green Tea, Tie Guan Yin.

I settled on 3 choices and knew I definitely wanted Chrysanthemum and Rose Black Tea which are my perennial favourites. For the third choice, I was going for Tie Guan Yin which I like for its robustness. However I was intrigued by Da Hong Pao or Big Red Robe which I had never heard of, let alone tasted before.

A quick check with Google revealed that it’s the highest priced tea in the world as there are only a few mother trees left (only 6) which are closely guarded in the Wuyi Mountains of Fujian Province, China. The second highest price ever paid for tea was for Tie Guan Yin. So as I was curious about Da Hong Pao, I ordered a box. The shape of the tea resembles tightly knotted ropes and before brewing, it looks very brown but after brewing, it takes on an orange colour.

There’s a legend about this tea. During the Ming Dynasty, a scholar was on his way to the imperial exams. Along his journey, he fell ill and was revived by Da Hong Pao tea offered by a monk. The scholar continued on his journey and scored excellently in the exams. The tea is totally strong and robust, you can get many brewings out of one tea bag. It is so fragrant before brewing and when I tasted it, it has a wonderful aroma and taste. From the first sip, I could tell it’s Oolong.

I brewed a pot in the afternoon and finished the entire pot in no time at all, problem was after I finished it, I had stomach cramps. The cramps lasted until after dinner. I was getting worried about it and luckily the cramps stopped in a few hours. I love this tea but I don’t dare have another brew. I didn’t experience such cramps with the Rose Black tea and hopefully there are no such effects with the Chrysanthemum. 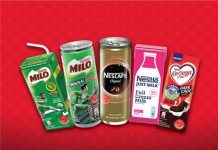 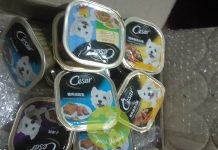 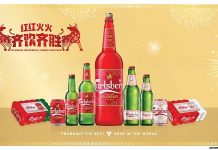