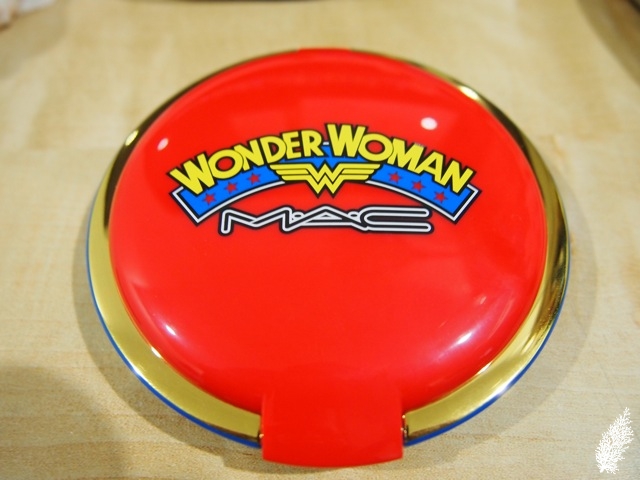 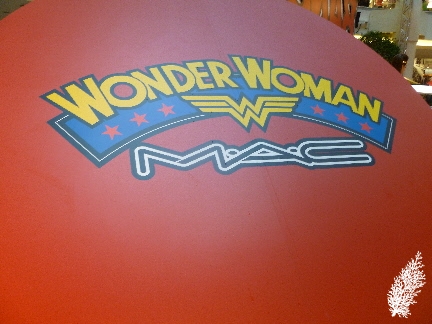 In the 70s, “Wonder Woman” was a weekly television “must-watch” programme alongside favourites such as “The Incredible Hulk”, “The Bionic Woman”, “Six Million Dollar Man” and many more. Actually, I have but vague memories of the tv series but I do remember how glamourous Lynda Carter looked in every episode.

Despite chasing the baddies and using her superhuman powers against them, she never broke a sweat and she never had a hair out of place. She was an icon of the 70s and in a 2009 photo, she still looks great for someone in her 60s.

For spring, MAC has launched its Wonder Woman Collection and it sure packs a wallop and a punch in terms of sheer size of some of the products, e.g. Mineralize Skinfinishes (MSFs) and lipglasses. For the first time, MAC has produced super-sized products. You could say it’s value for money but for someone who always struggles to hit the pan like me with normal sized products, they will take more than ages to finish.

Even if you used the MSFs on a daily basis (there are 2 MSFs in this collection), it’d still be able to last for more than a year as they are 20g each. They can be used for contouring and as a blusher, there’s a matte (middle shade) and shimmer (on both ends) finish. It’s a versatile enough product as you can experiment with the shades, either use one end only or swirl all the shades together.

The packaging of the products is in a vibrant red/blue/yellow, the colours of the comic book character.  Of course, there are some who’ll love the colours and others who find it verging on the kitsch. I guess these colours were chosen since they represent the superheroine in question but I’m not too fond of the plasticness.

I like the slim size of the eyeshadow palettes but not so much the eyeshadows themselves as they didn’t swatch that well and actually, it took quite a bit of effort to get the swatches to show.

However, I can’t comment on whether they show up better when applied to the eyes with an eyeshadow brush since I didn’t try them on that way. You’d have to try them instore to come to a conclusion about that. I can only say that colour pay-off wasn’t satisfactory when swatched with fingers and some colours were too chalky. All palettes are 5.8g and retail at RM155.

My favourite eyeshadow colour in all the palettes has to be Deep Truth in the Defiance palette as it’s such a beautiful shade of blue. It’s the kind of colour that will really make your eyes pop and it was so striking on Marion Caunter when she was made over by Romero Jennings on an episode of “E! News Asia” recently.

For the first time, MAC has departed from their usual black and brown mascara colours. It’s colours galore for the mascaras in the Wonder Woman Collection. Each mascara is 11g and retails at RM69.

The Penultimate Eyeliner (2.5ml) draws a thick line, this is one eye product I tried and it does create quite a dramatic look. It draws smoothly without tugging the eyelids and retails at RM79.

There are some bold, “in-your-face” lipglass shades. I tried the Wonder Woman lipglass and it was fire-engine red. This is one lipglass which you want to use sparingly because on first application, I inexpertly got some on to my teeth! Surprisingly, Secret Identity isn’t as brown as it looks. I tried it on and it’s a lovely nudish shade which won’t scare the daylights out of your man like the Wonder Woman shade. These jumbo-sized lipglasses are 10.5g and retail at RM88.

The lipsticks are regular sized at 3g and retail at RM69. As these are limited edition, the price is slightly higher than their regular lippies. Russian Red is part of MAC’s permanent collection.

There are 2 blushers with 2 complementary shades in them. They’re 12.3g and retail at RM100 each. There’s a coral pink (Mighty Aphrodite) and a blue pink (Amazon Princess).

Then there’re the Pigments and Reflects Glitter (4.5g), layer the Reflects Glitter on top of any eyeshadows to produce a more oustanding look, lots of shimmer and bling for the eyes! They retail at RM89 each.

Then there are the accessories, Makeup Bags (RM108) and Utility Belt Brush Sets (250). There are blue and red Makeup Bags while the Brush Sets have blue handles and bags are in a vivid gold.

Last but by no means least, the Nail Lacquers retail at RM48. Check out MAC’s Wonder Woman promotion at MidValley’s Centre Court from now till Monday, 7th March where you can take a close look at the entire collection.

Be on the lookout for a photo op with the Wonder Women! 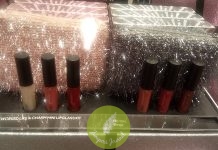