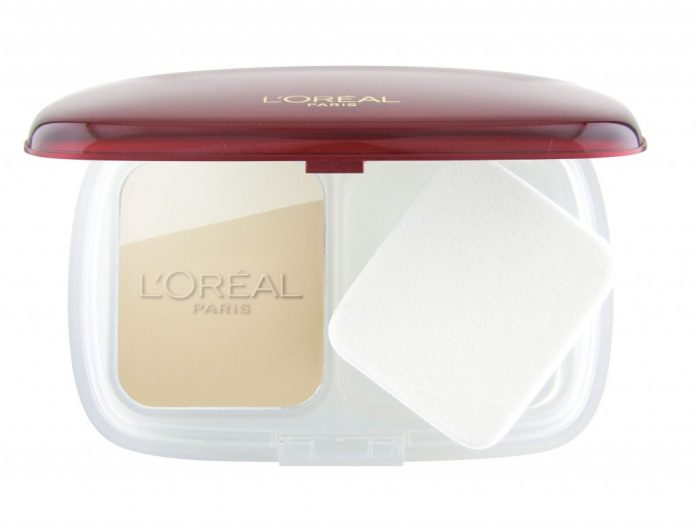 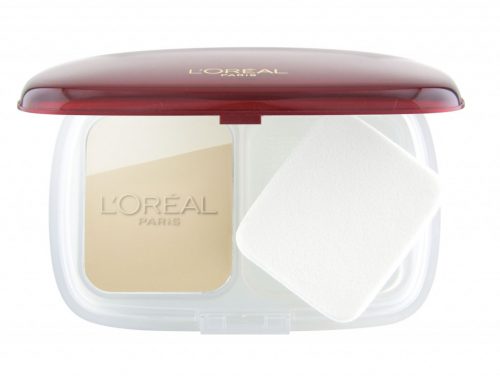 Adenosine supposedly helps re-establish skin’s natural barrier, keeping it plump and firm. The Powder Foundation’s ultra-fine powder texture apparently helps penetrate Adenosine deep into skin. There is a Features Defining Highlighter in the compact which is used to highlight features such as cheekbones, nose and eyebrow arches.

Since I was already out and had barely an hour to get to the venue, there was no time to go home for a makeup reboot which given time, I would have done because I don’t like trying out new products when I have to attend events, you never know how the pictures are going to turn out.

I like the look of the packaging as it doesn’t feel cheap nor tacky. The sponge inside is soft and really helps the Powder Foundation apply evenly on my skin. I don’t need to reach for another sponge, this one is adequate enough.

The Powder Foundation applies quite sheer at first but of course, one can always build up the coverage. However, I found that it wasn’t enough to cover my pigmentation. A liquid foundation would have given more coverage in that respect.

Having said that, the powder is fine and goes on smoothly without any cakey look or settling into fines lines or creases. My skin appeared matte and the look was natural enough, I have the 100 Porcelain shade which I presume is one of the lightest (if not, lightest) shades in the range.

I did use the Features Defining Highlighter on the bridge of my nose and cheekbones as per instructions. During the event, there was no meltdown, the foundation stayed put and I didn’t have the need for touch-ups, not that I would have been able to do so anyway since I left home without the compact in hand.

Lesson learnt – I will not be using the Highlighter if I am attending a function/event or at any other time when I know photos will be taken. I do like the high SPF though, it’s not very often you get SPF30/PA+++ in foundations, most foundations only contain SPF15 so this one is good for days when you forgot to apply or bring your sunscreen along.