As Malaysians, food is part and parcel of our DNA. Friends and family always get together over good food. As soon as we have had breakfast, we are already thinking of where to have lunch. Living and working in this big city of ours can be stressful as there is traffic congestion almost all day and especially during lunch and dinner time so while we may be thinking of our favourite restaurant, the thought of having to battle traffic and look for a park may put us off getting food from that eatery unless it is the weekend or a public holiday. Well, with the launch of UberEATS recently, you just might find that they deliver from your favourite eatery without you having to step out from your home/office.

The UberEATS smartphone app will connect Malaysians with the food they love. Powered by the same pioneering technology that made ride-hailing a norm around the world, UberEATS lets Malaysian consumers enjoy the power of choice at the touch of a button for culinary experiences and greater dining choices in the comfort of their own home, or wherever they are. There is a selection from 200 restaurant partners available on the UberEATS app at launch.

Initial restaurants on the app comprise a mix of Malaysian favourites along with other Asian
and Western delights from Kuala Lumpur-based restaurant partners. Among the restaurant
partners currently active on the platform are Nasi Lemak Antarabangsa, Inside Scoop, Sitka Restaurant and Mikey’s Original New York Pizza.

UberEATS will begin serving KL neighbourhoods, in the Kuala Lumpur central business district, Bangsar and Damansara Heights from 9.00am to midnight, seven days a week; with plans to grow quickly and in the near future. Payment will be made through credit and debit cards, with an initial delivery time of 35 minutes. There will be a RM5.00 delivery fee and no minimum order. Additionally, UberEATS Malaysia has worked closely with JAKIM to ensure its delivery methods address concerns over halal requirements.

Last week, I joined a bloggers’ session at Uber HO in Bangsar South. After a briefing, we were each given RM25 credit to order whatever we wanted from the UberEATS App (that meant limiting the order to RM20 as we had to take into account the RM5 delivery charge). It took me some time to scroll the nearby restaurants and after about 15 minutes of checking out the various offerings, I settled on chicken rice from  1977 Ipoh Chicken Rice. I used to go there years ago but stopped when they increased prices rather considerably.

The 1977 Ipoh Chicken Rice order was placed at 8.07pm and the estimated time of delivery was 8.27pm. Could it really be delivered within 20 minutes? It had better be because it was way past my dinner time and I was hungry like a wolf. No, make that more hungry than a wolf. The minutes ticked by and my second order was for my dinner companion (each blogger could bring along a friend). For the second order, I ordered salted egg yolk fried rice from Wondermama in Bangsar Village.

Actually I am not a big fan of takeaway meals because they never taste as good as they do at the restaurant. They also don’t look as presentable in the takeaway container. However for the sake of experiment, I could sacrifice taste and presentation. So the chicken rice should have arrived first but the estimated time of delivery kept showing later and later until it became ridiculous. When I checked the update for the chicken rice, it kept saying “Preparing order”. Even after half an hour, i.e. 8.40pm, they were still preparing my order? I was advised to cancel the order. I couldn’t so I left a message with the UberEATS Help Desk and the person responded really quickly saying she would check on my order. By this time, it was already 8.50pm and the Wondermama salted egg yolk fried rice had arrived 10 minutes earlier.

Meantime, I was given credits to place another order as the chicken rice was probably being prepared in Ipoh. I chose a chicken set with rice from Baba Low’s in Bangsar. Baba Low’s serves Nyonya food and the chicken set looked promising.

I’ve had the Wondermama Salted Egg Yolk Fried Rice twice before at their Bangsar Village outlet and it tasted very good but the takeaway was a disappointment as it was way too salty for me and of course it wasn’t that piping hot. By the time I had devoured some of the fried rice (I was by that time too hungry to care about the salt level), the UberEATS Help Desk had taken action and the chicken rice was finally on the way.

Between the two, Baba Low’s dish looked more appetising. At least their chicken tasted fresh. The Ipoh Chicken Rice chicken was so tough. I took one bite and wanted to spit it out. I brought the entire container home for my dog. The taugeh was soggy and equally inedible. The rice also didn’t taste like what chicken rice should taste like. A total disappointment and letdown considering this is a restaurant that specialises in chicken rice, for goodness sake!

The UberEATS delivery guys are efficient and I have no complaints about them. It’s the participating restaurants that need to spruce up their quality and take into consideration that preparing for takeaways requires speed without compromising on the taste. Thumbs up to Uber for introducing this service as there are many who may be house bound for some reason or other and it does save a lot of hassle for hungry customers. 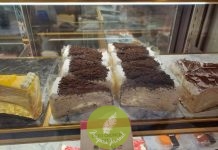 Spoilt For Choice Of Mille Crepes At Vanilla Crepe 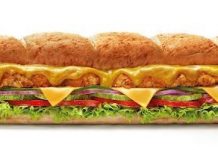 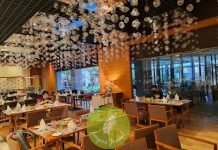