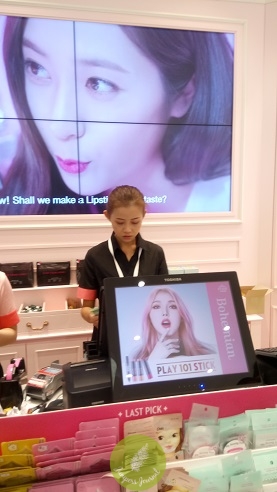 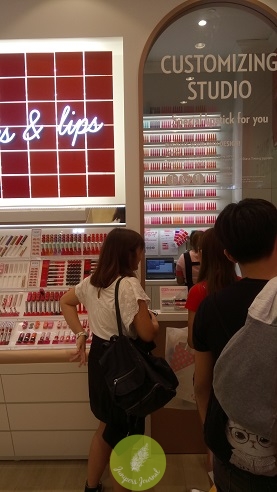 One week after the new Etude House opened at Sunway Pyramid and the crowds keep coming in. I was there 2 days ago to get my Etude House ‘Dear My Glass Tinting Lips-Talk’ done. Many of the shades and cases were sold out, the staff who attended to me informed that customers were willing to take the cases on display when informed that their desired cases were out of stock. I felt like the oldest person in the shop and I most probably was as everyone and their boyfriend looked like they were born post-1995! Ah well, I am never one to feel embarrassed about being old and that won’t stop me from visiting cutesy shops like Etude House.

It took me about half an hour to get the lipstick case engraved. Firstly I had to choose the lipstick shade from the few shades that were left. I chose a red, not my kind of shade exactly but it’s not like I had a lot of choice. Then queue up at the counter to get the receipt and go to the Customizing Studio where there was only one staff to serve the multitudes who wanted a personalised lipstick case. There were a number of guys on their own in that queue, I guess they want to give their GFs a nice surprise. 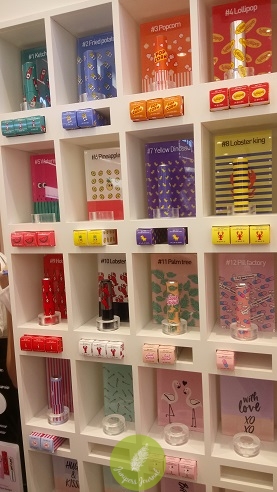 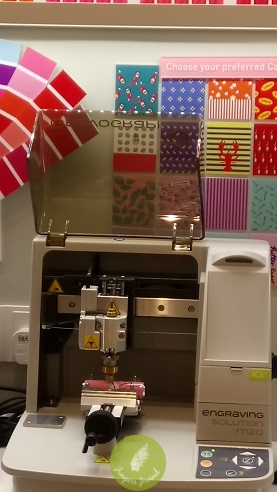 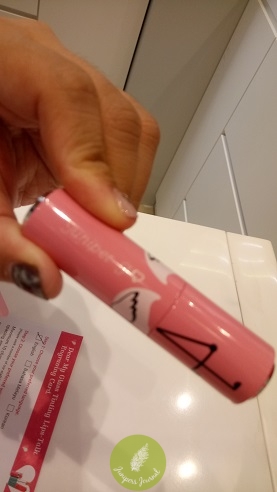 Actually I almost didn’t get mine done that day because when I first went into the shop, the staff informed me that the flamingo case (their most popular incidentally) was sold out but after I finished browsing and was about to leave, the staff called me and said that they had just replenished the stock and the flamingo case was now available. In retrospect, I think I should have chosen a different case as the engraved letters don’t stand out against the pink background! 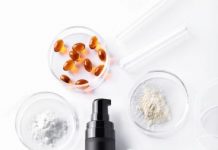 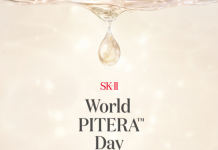 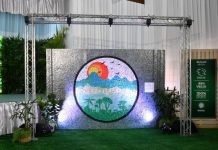